SLEEPING ON YOUR SIDE MIGHT BE GOOD FOR YOUR BRAIN 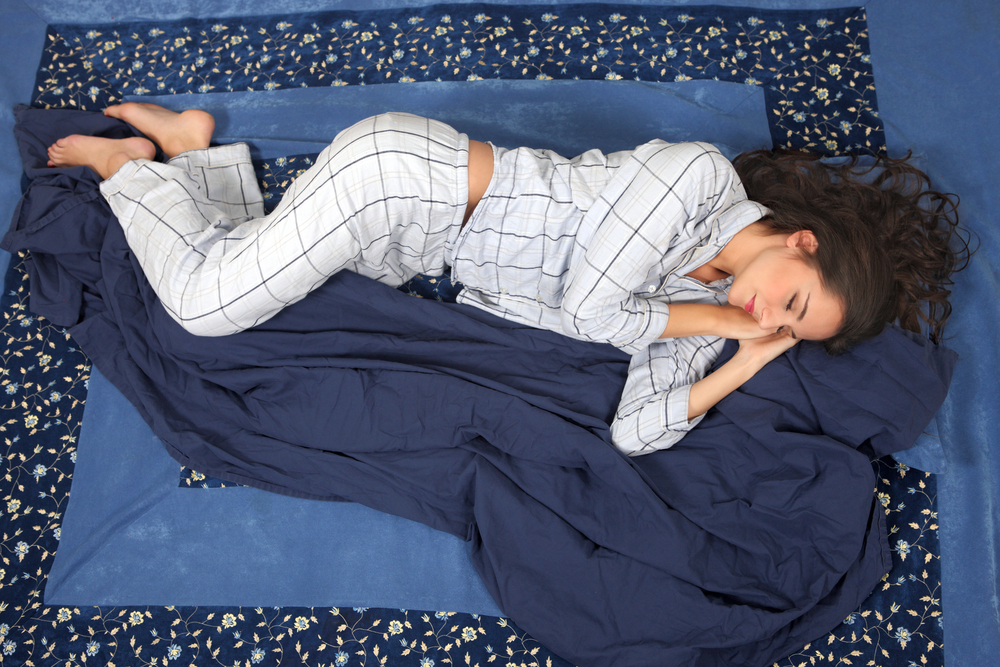 The position in which you sleep might be have an impact on more than your just your posture; it could also impact your mental health. New research suggests that it might be related to how the brain removes waste chemicals, and that some positions might be better for this than others.

The researchers found that sleeping on one’s side, compared to sleeping on one’s back or stomach, appeared to allow the body to more efficiently clear waste chemicals from the brain. “It is interesting that the lateral [side] sleep position is already the most popular in humans and most animals – even in the wild – and it appears that we have adapted the lateral sleep position to most efficiently clear our brain of the metabolic waste products that build up while we are awake,” explained Maiken Nedergaard from the University of Rochester in New York, who was involved with the study.

The scientists used “dynamic contrast” magnetic resonance imaging (MRI), which uses a special chemical to improve visability of internal structures, to image what’s called the brain’s “glymphatic pathway.” This is the system whereby cerebrospinal fluid (CSF), the clear liquid found in the brain, filters through the brain and exchanges with interstitial fluid (ISF), the liquid found around all other cells in the body. This allows chemicals and waste that build up in the brain to be removed, such as amyloid beta and tau proteins, which are associated with Alzheimer’s and Parkinson’s.

It’s been known that this process happens more when we’re sleeping, with clinical studies showing that sleep drives the removal of amyloid beta from the brain, but this study shows that apparently the position in which we sleep might also influence this clearance. The team anesthetized rats, and then tracked the efficiency of the glymphatic pathway when the rodents were sleeping in one of three positions, either lateral (on their side), prone (on their bellies), or supine (on their backs).

It’s interesting in that many mammals naturally tend to sleep on their sides, from dogs to cats and even elephants, although the authors do note that a wild animal’s sleeping behavior is also probably influenced by survival, and thus might be different when compared to humans. As this study was done on rats, it’s not yet known whether the same conclusions can be drawn for humans, but considering it’s been shown that both the rodents and people tend to favor sleeping on their side, it’s not such a wild idea.

“Many types of dementia are linked to sleep disturbances, including difficulties in falling asleep,” concludes Nedergaard. “It is increasingly acknowledged that these sleep disturbances may accelerate memory loss in Alzheimer’s disease. Our finding brings new insight into this topic by showing it is also important what position you sleep in.”